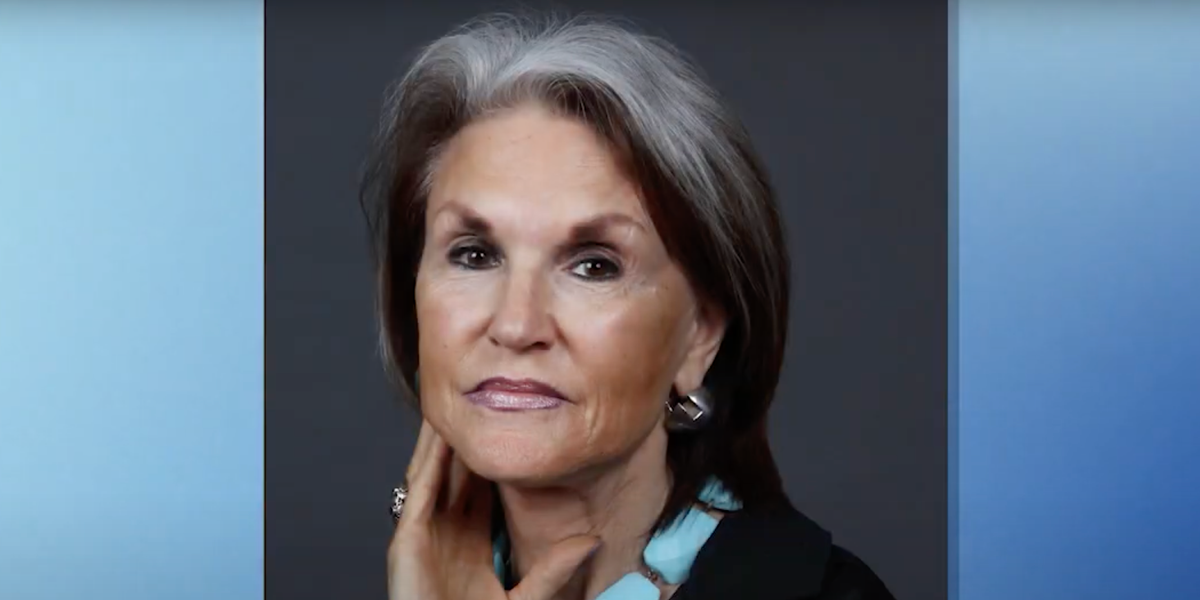 We are honored to have Phyllis Greenberger on our team as senior vice president of policy, advocacy and science for HealthyWomen. A women’s health pioneer, Greenberger received the 2021 Perennial Hero Award from the Alliance for Aging Research in September. The award honors an older individual who is actively contributing to creating positive societal change and serves as a role model for people of all ages.

Recently, Greenberger sat down with our editor-in-chief, Jaimie Seaton, to talk about her career and how things have changed since she got her start.

HealthyWomen: You’ve been an advocate for women’s health for 30 years and in that time, you’ve done so much. What led you to get involved in women’s health?

Phyllis Greenberger: I was working at the American Psychiatric Association [APA] and became friendly with a number of the women psychiatrists, and I was told that their papers or their publications weren’t getting published and that women weren’t in clinical trials.

One of the psychiatrists and I became friendly, and she invited me to a meeting about women and AIDS. This was just at the very beginning of the HIV/AIDS epidemic, and the conversation was about the fact that researchers were only looking at men, gay men and pregnant women; no one was looking at women specifically. And it turns out that the symptoms are different and the viral load is different, but nobody was looking at that — they were just looking at the issue of the fetus and gay men.

HealthyWomen: And you wound up being the CEO of the Society, right?

Phyllis Greenberger: Right. I was on this board while I was still at the APA, and during the Bill Clinton campaign, I worked with Hillary Clinton and Tipper Gore on women’s health. Hillary became interested in women’s health issues, and we were able to pass the 1993 Revitalization Act, which mandated the inclusion of women and minorities in research funded by the National Institutes of Health, and I went to the board — at that point, it was nonprofit and all volunteer, with no staff and no money — and I said that I thought we should become a real organization, hire staff, raise money, etc., now that the Clintons had made women’s health an issue. They agreed, and then they did a six-month search for a CEO, and I ended up being it.

HealthyWomen: You’ve spent a lot of your career working to get women included in clinical trials and also getting the medical community to look at sex differences when it comes to medical conditions. At the time, there weren’t a lot of people looking into sex differences, right?

Phyllis Greenberger: Right. People really weren’t looking at sex differences. Women were seen as small men, and their only difference was their reproductive organs.

When we started, we knew that women weren’t in clinical trials, and we knew that people weren’t paying attention to women’s health issues, but we had no idea the extent of it until later. The Society arranged meetings at different universities throughout the country, trying to identify researchers — mostly women, but not exclusively — who were doing research that noticed sex differences, and this was pretty much serendipitous.

Many weren’t looking for sex differences, but found them while doing their research. We identified those researchers and developed networks at the Society to bring together researchers — men and women — who had done work in women’s issues, and also some who had not, so we could educate them. That occurred over a number of years. This included musculoskeletal issues, pain or heart disease. We started looking at all the different conditions that affect men and women, and tried to find scientists who had noticed some differences in their research and then, as I said, tried to educate other scientists to look for differences.

We held a couple of major conferences where we actually paid for the transportation, the food, the lodging and everything for scientists around the country to explore the idea of sex differences, because we knew that if we just invited them, they wouldn’t come since they had no idea what we were talking about. So we got funding to underwrite all those meetings.

HealthyWomen: You played an important role in validating the concept that men and women aren’t the same physically, right?

Phyllis Greenberger: You might say that. The concept was something that was just coming into focus. One of the members of the board at the Society had previously worked at the Institute of Medicine [IOM] and suggested we go to it to put together a commission to investigate this idea of sex differences.

The IOM is part of the United States government, and Congress and other agencies of the government can request that it create a commission or to do investigative work on a certain issue. I went to various institutes, like NIH, and I was able to get some money, and I managed to get money from Unilever and Johnson & Johnson.

Andy Pope, who was in charge of the IOM at the time, was intrigued by the idea, so he started trying to help me raise money for this commission, and he went to the Academy of Science, which focuses on basic science, not on clinical trials. The Academy told him that the only way that they could contribute to this project would be if we looked at basic science, not just clinical trials. So the commission that was put together had to include basic research as well as clinical trials, and that’s really what started the whole thing. The IOM report the commission put together — “The Biological Contributions to Human Health: Does Sex Matter?” — came out in 2001.

HealthyWomen: If I’m understanding this correctly, that was an offshoot of your work in getting women and minorities included in clinical trials?

Phyllis Greenberger: Well, it wasn’t an offshoot. What it was was a validation. There was still and there still is skepticism. The concept of sex differences wasn’t being taught in medical schools; it wasn’t in the curriculum. You could take a course on cardiovascular disease, and it was all about men and men’s parts and symptoms for men. What the IOM did was validate the fact that men and women are different. That included minority women, Black women, Black men, Asian women, Asian men, but specifically just looking at sex differences, and realizing that men and women, whatever group you’re looking at, differ. We’re still seeing that now and we’re seeing that with Covid.

HealthyWomen: I was going to ask you about Covid-19 and how the different populations are affected by it.

Phyllis Greenberger: What I thought was interesting about Covid, and I wrote about this for HealthyWomen, is that it did two things, aside from the devastating effects, obviously. It educated a large segment of the population about clinical trials — what clinical trials are, what they show and why they’re important. The other thing it showed was that men and women reacted differently. At the beginning, I think more men had severe cases than women. One of the things they are still looking at is how men and women react to the vaccines.

I think people accept the fact now that there are differences, but it is still not known why and what we can do about it. This is an issue that I’ve been involved in for 30 years, and the vaccine issue at least for 20 years, and now all of a sudden, everybody is talking about differences. There was a long time that clinical trials were only for young, white healthy men. But now they’re including more women and more people of color. So the world has changed. There’s still so much to learn, but it’s definitely different now.

HealthyWomen: If you could tell your younger self something, what would it be?

Phyllis Greenberger: My life has taken an interesting trajectory. I didn’t plan anything; one thing just happened after another. So I would say you need to be open to opportunities and take advantage of the opportunities that you have. Believe me, getting all these initiatives through Congress and the NIH and the FDA — it took 30 years. So it wasn’t a slam dunk. So I’d say, just persevere and do what you believe in. Keep working on it and don’t give up.

14 High-Protein Slow-Cooker Recipes You Can Set and Forget

The Cure for Ruts is Curiosity