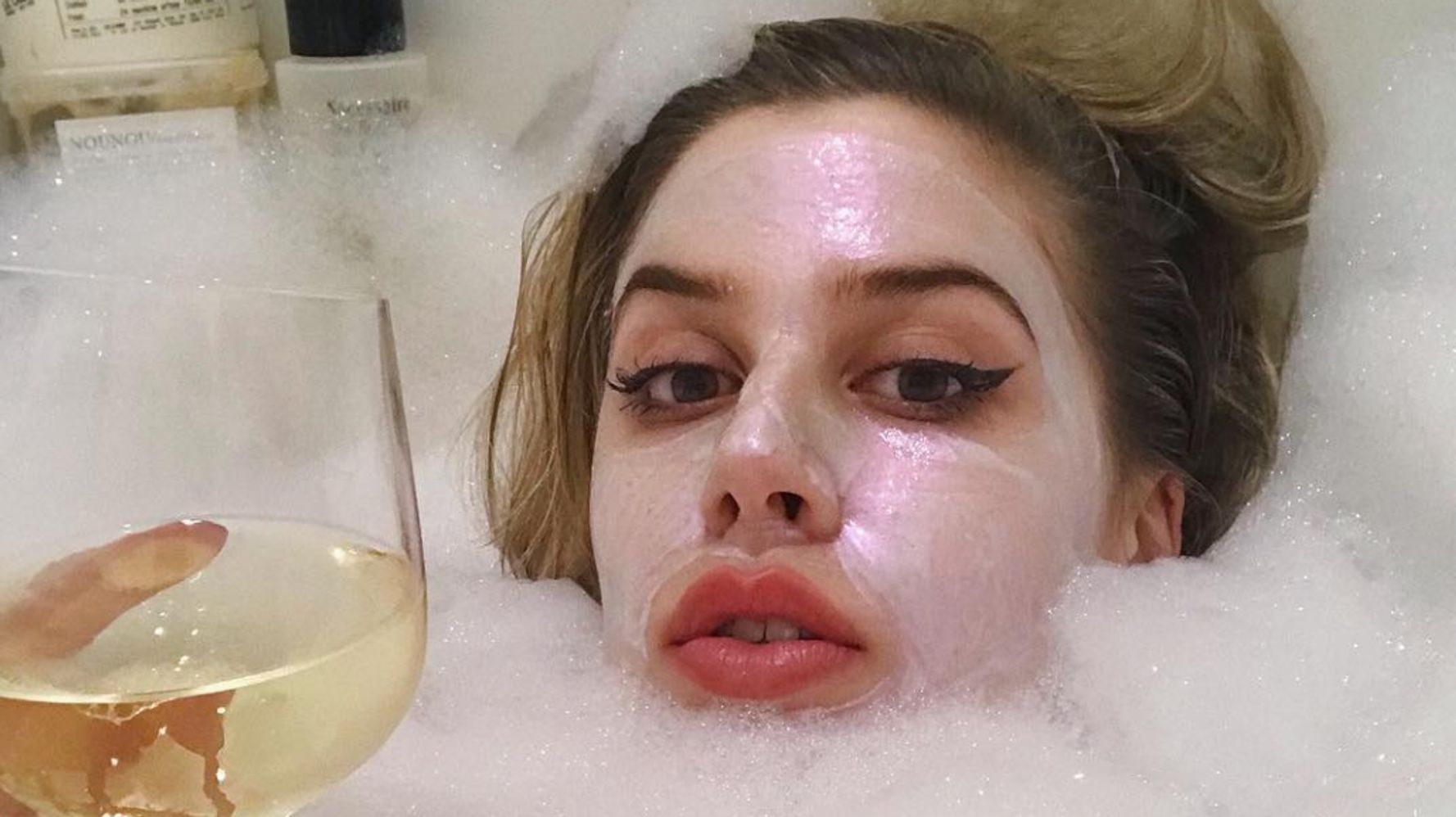 SkinnyMe Tea is an Australia-based “teatox” brand selling products that it claims will reduce bloat and promote weight loss, but that ultimately feed into the age-old idea that women are not good enough the way they are.

It’s one of many brands touted in paid social media posts by the Kardashians and other influencers as supposedly helping them to achieve their weight goals. Critics, like “The Good Place” actress and body image advocate Jameela Jamil, argue that these companies are pushing dubious ― and even dangerous ― products. Jamil, who refers to detox teas as laxatives, frequently calls out the brands and those who promote them and points out that a lot more goes into a celebrity’s often unrealistic appearance than drinking ― or pretending to drink ― a tea.

SkinnyMe Tea faced Jamil’s fury last week when its Instagram account reposted a photo of Christina Grasso, an eating disorder survivor and co-founder of The Chain, a nonprofit aimed at supporting women struggling with eating disorders in the fashion and entertainment industries. The brand captioned its repost “little self love does wonders.”

This fucking “detox Tea” company are using an image of an eating disorder survivor, without her permission, to promote their bullshit product. This is so unethical, just like everything else about these bold, evil companies. They have no morals. This is so gross. @skinnymetea pic.twitter.com/dvLIn4Ab3r

The hypocrisy of a brand that essentially sells weight loss products claiming to promote self-love is not lost on us ― and was not lost on Grasso, either. But she said she wasn’t surprised when she noticed that her handle had been tagged. “This was actually not the first time this has happened to me, so I unfortunately I wasn’t shocked,” she told HuffPost.

In an email statement to HuffPost, a spokesperson for SkinnyMe Tea said the post was “meant to be light-hearted” and has since been deleted. “We sincerely apologize if any offence was taken and commit to being more careful in the future of the images we use in our posts,” the spokesperson wrote.

HuffPost chatted with Grasso about the incident, her work to help other people in recovery and the message she has for brands like SkinnyMe Tea.

What was your reaction to being tagged in this image?

I was just like, “Oh, for Pete’s sake. Not again.” And it’s not in my nature to be volatile, so I simply and politely asked them to remove it. I’ve been pretty public about my history with anorexia, so to have my face used without consent for the promotion of a product I’m fundamentally against was slightly demoralizing. But my frustration stemmed from a place of concern not for myself but for how the message could be interpreted by someone struggling with or vulnerable to an eating disorder. I feel protective of this population and strive to be part of the solution ― not the problem.

What message do you have for SkinnyMe Tea and brands like it?

I try to give everyone the benefit of the doubt but honestly, these brands need to get a conscience. And that’s the tea.

What about the celebrities who get paid to promote these brands?

I understand we all need to make a living, but there are plenty of ways of doing so without a dangerous, non-FDA approved product that harms a vulnerable population by capitalizing on one’s insecurities and body image disturbances ― not to mention the potential physical side effects. It’s incredibly irresponsible and shows a lack of character for anyone to get behind these teas, and there is no upside beyond their monetary gain.

That seems to be the way many people, including Jameela Jamil, feel. How has she and all of the support you’ve received impacted you?

The outpouring of support, particularly from Jameela, has been really refreshing and heartwarming. It’s so encouraging to witness people rally behind this cause and one another. More than anything I would have preferred not to be at the center of it, but I’ve felt so supported, and if this whole mess helped one person or served as a learning experience, then it was absolutely worthwhile.

How are you working to help others who may be struggling with disordered eating?

I DMed Ruthie Friedlander to let her know how much I admired her for her honesty after reading an essay she wrote for InStyle about her personal battle with anorexia. We connected over our shared struggles of recovering while working in the fashion industry and wanted to do something to help others in our position. That’s how The Chain (inspired by Fleetwood Mac and Stevie Nicks) came about.

We hold monthly closed events for our members to connect with one another and open community events to provide education on topics such as responsible media coverage as it pertains to ED [eating disorders] and body image. Our community has grown very quickly and it has been such a special, life-affirming experience.

Do you think we will ever get to a place where our society no longer believes that thinness equals goodness?

I think on some level it might be deeply engrained in our lizard brains, but change can happen where there’s willingness. And I think as a society we are moving toward a better acceptance that beauty comes in all sizes and colors and that beauty, or thinness, does not amount to goodness. It is, and I’m aware this might sound a bit Pollyanna, often the reverse. There’s more beauty in goodness.

Carbs In Butter: Is Butter Keto?

Our gluten-free expert, Georgi Page-Smith, approves of Nocca’s gluten-free gnocchi (NYAW-kee). Gnocchi are soft dough dumplings that may be made from semolina or ordinary...