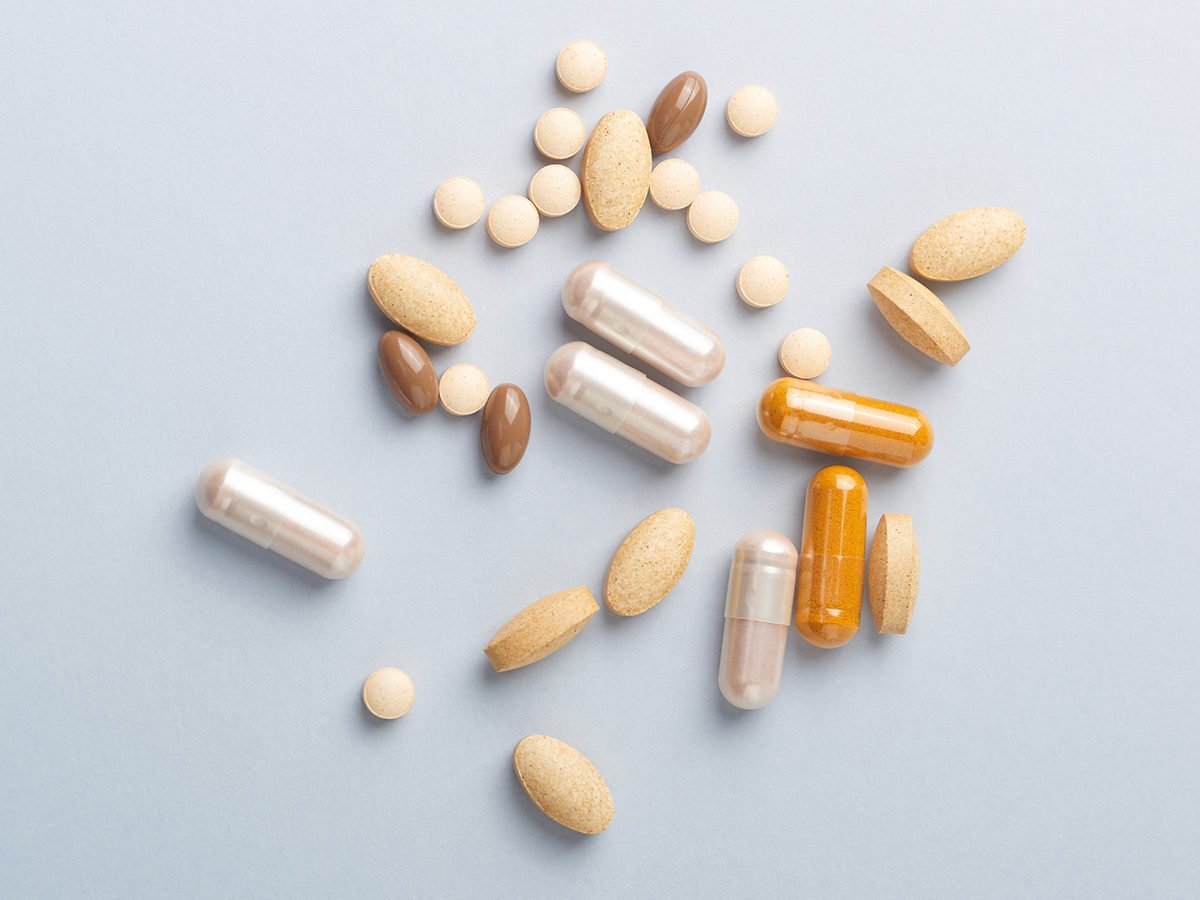 Experts share the best supplements to take, ones to skip, and how to take them for maximum absorption.

Over the past few years, my supplement collection has become about as lavish as my skincare regimen. It started with the basics—vitamin D, vitamin B12—and has evolved to include the fancier variety—Goop’s nutrient and antioxidant powder, hair and scalp tablets, “skin-perfecting” capsules I import from France.

I recently learned when it comes to my skincare routine, less is more (when used correctly), and I wondered if the same could be true for my supplement intake. Are these capsules, tablets and powders actually making me healthier and improving my hair and skin? Or am I just your common sucker for good marketing?

If I am, I’m not the only one. In 2020, sales of vitamins, minerals and other supplements totalled well over 1 billion dollars in Canada alone. But some of us (bonjour!) may not be taking supplements effectively.

“It’s best not to take supplements you don’t need to take, and instead to try to get essential vitamins and nutrients from food,” says Andy De Santis, a registered dietitian at Health in Davisville in Toronto. What’s more, mixing some supplements could be dangerous. “There are probably 40 bad interactions,” says De Santis, “like calcium and iron.” And mixing supplements with medications, like blood thinners, can be particularly dangerous.

We caught up with De Santis as well as Ciara Foy, a registered nutritionist and author of Empowered by Food: Heal Your Hormones, Balance Stress, and Become Unstoppable to learn what supplements are worth taking, and how to take them safely and for the best absorption. (Note: They both stress the importance of consulting your doctor and perhaps taking a blood test before adding any supplements to your diet.)

(Related: A New Canadian Company Wants to Help You Take Your Vitamins)

Which supplements to take

De Santis and Foy both commonly recommend vitamin D to their clients. According to Health Canada, many people meet some of their vitamin D requirements through exposure to sunlight, but the amount of exposure fluctuates with the time of year, especially in Canada. “Because of this, most people need to rely on a supplement to get enough,” says De Santis. He and Foy also commonly recommend folic acid to people who could become pregnant. According to Health Canada, folic acid can help reduce the risk of a neural tube defect, a type of birth defect that can affect a baby’s spinal cord, brain and skull.

Another supplement De Santis and Foy often recommend is an Omega-3. These fatty acids are naturally found in fish and certain nuts and seeds, like walnuts and flaxseeds, so supplements are sometimes suggested for patients who lack those foods in their diet.

In addition to helping with overall wellbeing, Omega-3s have many health benefits including reducing the risk of heart disease, stroke, Alzheimer’s, depression, and more. But, most people don’t get enough in their diet, says Foy—and it doesn’t help that Omega-3s are volatile fatty acids. “They start to degrade with heat, light and oxygen,” says Foy, “so even if you eat a lot of fish, you’re probably not getting as much Omega-3 as you may think.” For best absorption, Foy suggests taking an Omega-3 supplement in an oil form and keeping them in the fridge to prevent them from going rancid.

Which supplements to avoid

A 2011 study in Iowa tracked more than 38,700 women over nearly two decades and found those who regularly took certain dietary vitamin and mineral supplements, including multivitamins, had a higher risk of early death than those who didn’t.

“I don’t recommend a multivitamin willy nilly,” says De Santis. “I prefer my clients to focus on their dietary pattern first and use supplements from there.” The same goes for Foy—she says she only recommends a multivitamin, in the form of a prenatal supplement, to clients who are pregnant or breastfeeding.

Another popular supplement is iron (iron deficiency is one of the most common nutrient deficiencies in the world)—but taken incorrectly, iron supplements can also be harmful. Iron should only be taken under the guidance of a medical professional, says De Santis. Taking iron supplements in high doses for a prolonged period of time, or a single overdose, can lead to iron toxicity, which can cause damage to the gastrointestinal system, liver or brain.

“If you have anemia, I’d look at how we can improve your diet to increase your iron intake,” he says. If a blood test shows you’re low in iron and your doctor suggests supplements, a physician will likely recommend not drinking coffee, says Foy, since coffee will reduce iron absorption, and may also recommend taking vitamin C to increase absorption.

Speaking of vitamin C, De Santis says no one is short in it—so don’t bother with a daily supplement. “A cup of orange juice, a piece of fruit or vegetable gives you all the vitamin C you need for the day,” he says.

Since vitamin C has been connected to boosting immune function, some people like taking it when they feel a cold coming on—but if you do, steer clear of the popular powdered versions, warns Foy, because they tend to be loaded with sugar. “Vitamin C competes with sugar for uptake into your white blood cells, which are the ones that are helping to fight a virus and help to support your immune system,” she says. Instead, take vitamin C in tablet form every four hours when you’re feeling sick—and don’t worry about overdoing it. “It’s a water-soluble vitamin so your body will get rid of anything it doesn’t need.”

The same cannot be said for melatonin, which is commonly used to help fall asleep. There are warnings on the label to not take it for a prolonged period of time, says Foy. “Your body can produce melatonin, so you want to work on creating an environment where your body can produce it instead of just giving it to your body,” she says. This includes incorporating exercise into your day and limiting screen time. Keep melatonin just for the times when jetlag is keeping you up, says Foy.

Which supplements to consider

Vitamin B, Collagen, Zinc and Magnesium

There are a few supplements De Santis and Foy occasionally suggest to clients or that can be safe to take independently. B vitamins, such as a B-complex, can help with energy, metabolism, and support the body during stress, says Foy. “For most people, especially women, a good B complex is very important.” She suggests taking methylcobalamin, a form of vitamin B, that absorbs better than the others.

According to Foy, zinc, preferably in the form of a lozenge from a health food store, can help stave off or shorten the length of a cold.

Magnesium helps regulate blood pressure, supports the immune system and assists with muscle and nerve function. “There are many different types of magnesium,” says Foy, “and I often recommend magnesium bile glycinate for those who can’t sleep, magnesium maleate for with fibromyalgia or other pain, and magnesium citrate for digestive issues.”

(Related: 16 Prescription Drugs and Supplements You Should Never Mix)

The best time and way to take supplements

Just like your skincare products, supplements need to be good quality and used as directed in order to work effectively. And given the advice from Foy and De Santis, you may want to rethink those powders and tablets that sound a little too good to be true.

Next: What You Need to Know Before Taking Biotin Supplements

5 Reasons to Stop Washing Your Hair

How to Make Fried Potato Mochi