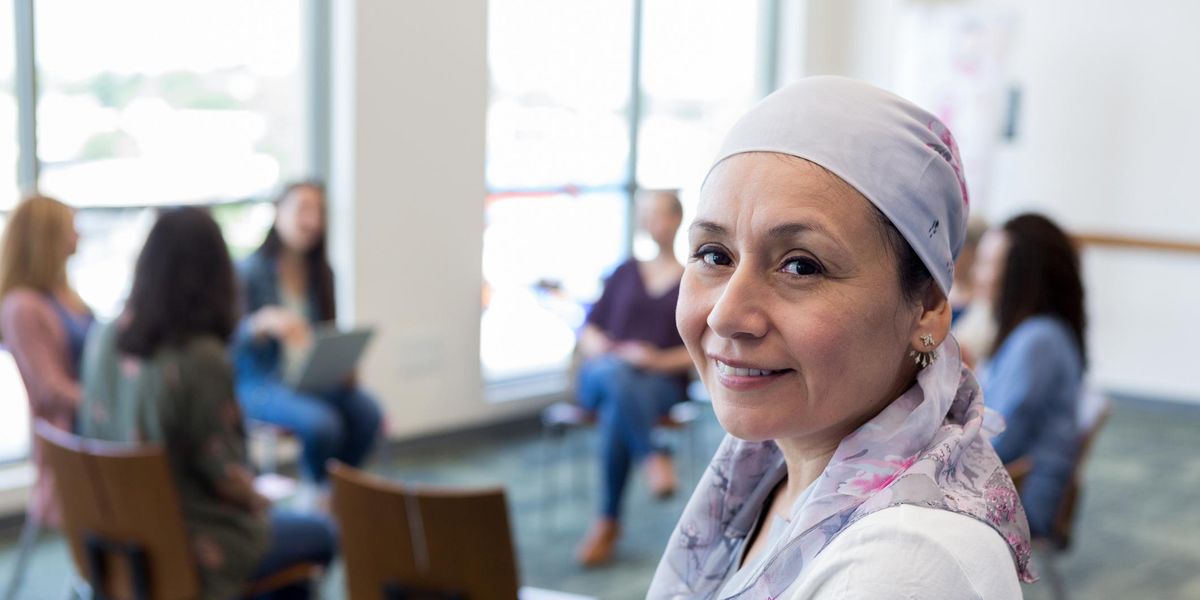 “Breast cancer didn’t even cross my mind,” said Rebekah Jasso Jensen, a 39-year-old woman of Mexican descent. “I have no family history, I’m under 40, and I had no previous incidents. So when the diagnosis came back that I had stage 0 breast cancer, I was shocked.”

Fortunately, Jasso Jensen, who was diagnosed in February, is now cancer-free — recovering from a double mastectomy and breast reconstruction surgery — but she feels that if she had not fiercely advocated for herself, she might not have been so lucky.

Neither Jasso Jensen’s mammogram nor her ultrasound indicated cancer to the radiologist. “But I insisted that they biopsy it because, while I’m not an alarmist, I was alarmed about this. I knew something wasn’t right,” Jasson Jansen said.

“I think that part of the reason there’s less awareness is because there’s a lot of skepticism in the Latinx community around our healthcare system,” Jasson Jensen said.

Socioeconomic disadvantage is a critical factor

The skepticism is understandable given the hurdles Hispanic Americans face around health care in the United States.

According to the CDC, in 2019, 30.2% of Hispanic adults in the United States between the ages of 18 and 64 did not have health insurance. Data from the 2017 United States Census Bureau shows that Hispanic householders (21.7%) were more likely to have medical debt than non-Hispanic householders (18.6%). The Covid-19 pandemic has likely worsened the situation. A poll by the Kaiser Family Foundation found that 59% of Hispanics said someone in their household lost their job or income as a result of the pandemic compared to 39% of white adults.

But the issue of breast cancer in the Latinx community is far more complex than socioeconomics alone, and there’s no one-size-fits-all solution to addressing the problem.

“We know that Hispanic women have higher breast cancer mortality rates compared to Caucasian women, and that there is a higher [rate] of premenopausal breast cancer — but ‘Hispanic’ is a very broad term,” said Dr. Jane Mendez, chief of breast surgery at Baptist Health’s Miami Cancer Institute. “We’re all called ‘Hispanic,’ yet there are multiple variations. A Hispanic person can be from South America, Mexico, the Caribbean, Central America, [and so on]. There may be other heritages mixed in, too, such as Ashenkazi Jew, among which there is also a high [rate] of BRCA gene mutation.”

In addition to potential contributing biological factors, there’s the mix of other issues, such as diet, environment, lifestyle, language barriers, cultural beliefs and taboos that can factor into enhanced risk for breast cancer in Latinx people.

Each factor is a big, individual issue to consider. As Ysabel Duron, founder and president of The Latino Cancer Institute said, “They need to be unpeeled like onions” before we can begin to fully understand the high mortality rates among Latina women with breast cancer — and succeed in reducing them.

“Education and early intervention can … save lives and potentially prevent most deaths,” Duron said.

For instance, Mendez explained that in many Hispanic countries, men are still the head of the household and can have the final say over what their wives do. Their lack of information or misunderstandings could work against them.

“A lot of male domination may not allow women to go for their mammogram screenings,” Mendez said. “That’s probably not as big an issue now as women become more liberalized, but it is a problem I have seen in the past. And so we need to continue to disseminate information in ways that are … culturally sensitive.”

Does this mean putting more effort into communicating the risks and outcomes of breast cancer to Latino men? Yes — but again, cultural sensitivity is key.

“The bottom line is that all these different levels of bureaucracy and systems need to rethink how they address these impacted communities, invest in them, and work in partnership with them,” Duron said. “They shouldn’t come in and try to rescue them because these people are already trying to rescue themselves. They’re working hard every day to pull their weight. Systems need to work overtime to make that lift less burdensome.”

Both Duron and Mendez stress that the healthcare industry needs to do more campaigning around the importance of BRCA genetic testing for Latina women to rule out genetic factors that may make them more likely to develop metastatic breast cancer. In the meantime, Latina women can benefit from consciously reducing their breast cancer risk by limiting alcohol intake, maintaining a healthy weight and engaging in physical exercise. Women using birth control should also talk with their healthcare provider because certain hormonal birth control methods can increase their risk for breast cancer.

It’s also essential to continue to raise awareness about screening for breast cancer, including mammograms, and communicate that regular breast self-exams are extremely important.

And if you feel something, say something — even if you’re not worried.

“Often Latina women, who are busy taking care of their families, think, ‘It doesn’t hurt, so it’s probably just a cyst,'” Mendez said. “I have seen this time and time again, and while yes, it may be just a cyst, it could also be breast cancer, , in the beginning, usually doesn’t hurt. So if you feel something, seek medical attention right away. Early detection can make all the difference.”

This resource was created with support from Daiichi Sankyo and Merck.

Changing Your Mind About Something as Important as Vaccination Isn’t a Sign of Weakness – Being Open to New Information Is the Smart Way...

20+ Chaffles: The Best Keto Waffle Recipes You Must Try