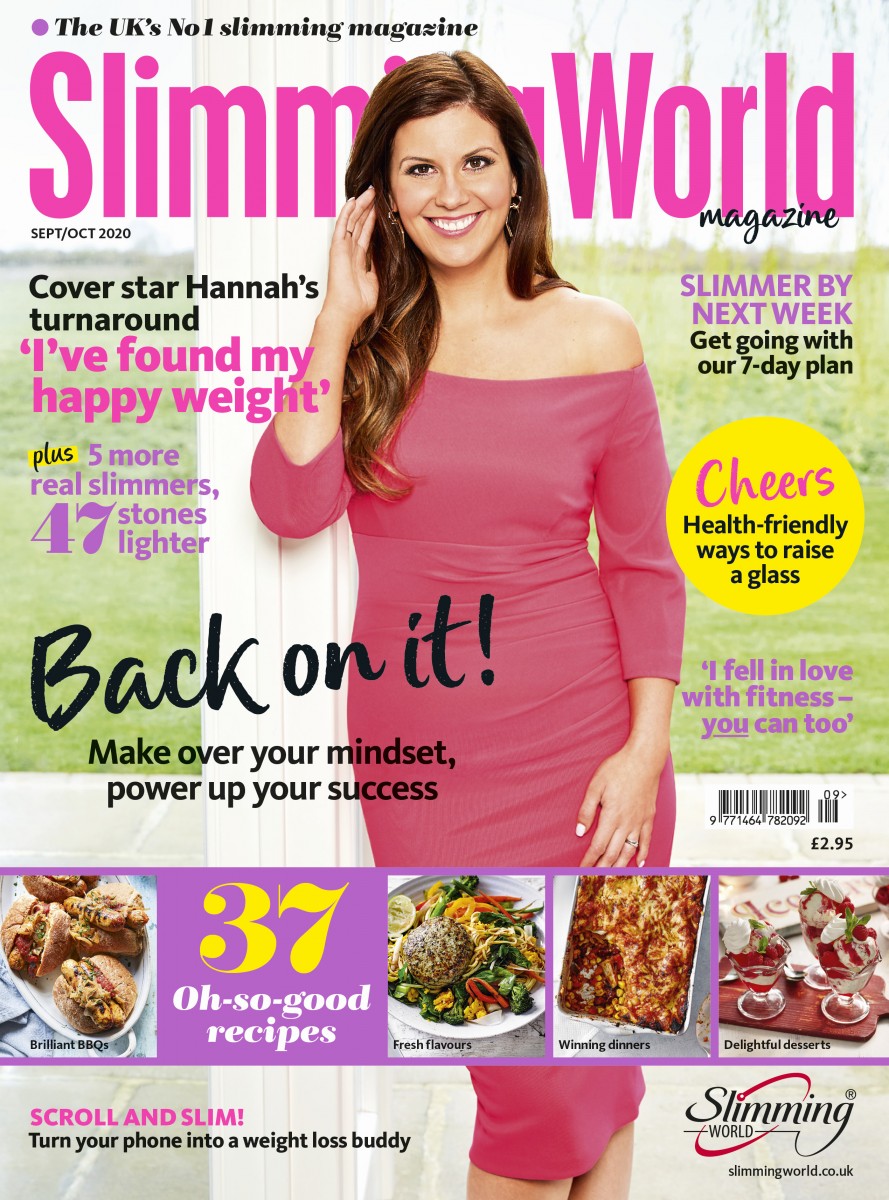 Hannah, 36, who works at Slimming World as an IT Manager, joined her local Slimming World group in Swanwick in 2014 after seeing an unflattering photo of herself. Tired of trying and struggling to follow various other weight-loss methods, Hannah decided she’d had enough of yo-yo dieting and joined Slimming World on seeing how well her mum was doing following its Food Optimising eating plan. She went on to lose 1st 10.5lbs herself.

Hannah, who lives with her husband and daughter, says: “I’ve always been a big fan of Slimming World Magazine – I was actually encouraged to join my local group after trying a seven-day menu from a copy of a magazine my mum had. At the time, I remember being so surprised to learn about all the foods you could still eat, such as pasta, potatoes and rice! I still love trying out the new recipes from each issue and reading the inspiring stories of other members, so I was really excited when I was asked to feature on the cover of this issue of the magazine and share my story.”

In the September/October issue, which is on sale on newsstands now, Hannah also shares how she lost she maintained her weight loss for four years before welcoming her daughter, Nola, in 2019, and how – with the support of her midwife – she continued to follow the Slimming World plan during pregnancy.

From March until recently, Hannah had been attending her Slimming World group virtually due to lockdown restrictions. She says: “Slimming World has helped me through many stages of my life, most recently during lockdown when my group went virtual. While I found myself falling back into old habits at first, I reminded myself of how much better I felt when I followed the plan, and with the support and advice I got every week from my Consultant and fellow members, I found my motivation and got straight back on track – I feel a lot healthier!”

Hannah has gone on to lose 4.5lbs during lockdown and has now lost a total of 2st 1lb.

To read more about Hannah’s incredible weight-loss journey, the September/October issue of Slimming World Magazine is now on sale on newsstands.

Add These Anti-Inflammatory Ingredients To Your Grocery Basket, Stat

You’re Going to Need to Work on Your Balance

Need More Energy? A Nutritionist Shares the Best Vitamins to Give You a Boost

“The new biology of wellness is gut health. The microbiome’s effect on overall wellness is so profound, we felt it imperative...

The Difference Between Loneliness and Being Alone