We love a good weight loss story here at MAN v FAT. When you’re wondering how to lose weight or if you’re struggling, it can be a much-needed boost to look at someone who has successfully lost weight as a reminder that yes, it can be done.

And it definitely can – over the years we’ve talked to loads of men who have lost weight as part of our Amazing Losers series and we’ve been blown away by the sheer determination and hard work they’ve put in.

Here’s how to lose weight, according to the MAN v FAT Amazing Losers.

There have been some truly astonishing transformations and they’ve shared some seriously helpful nuggets of wisdom to help men like you successfully lose weight. What we noticed was that the same advice has cropped up time and time again, and it’s all sound stuff from men who have been there, done that and got the (significantly smaller) t-shirt.

We’ve rounded up some of the best tips to help you on your mission to beat fat.

Don’t be afraid to fail, but if you do slip up, go easy on yourself 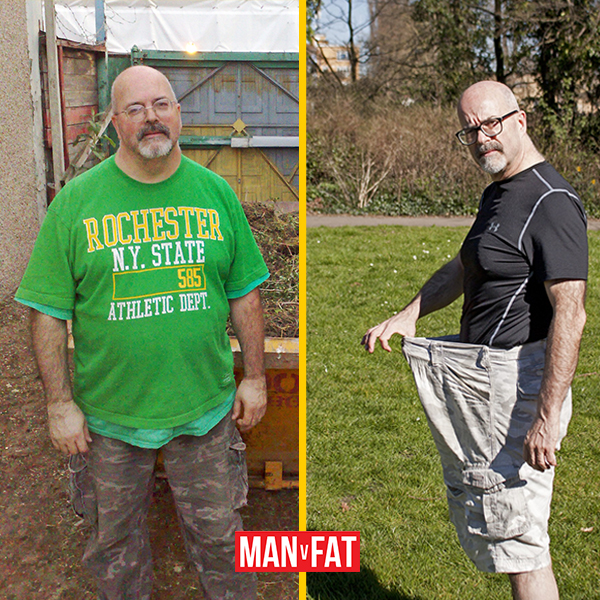 It can be difficult to remember this if you’re kicking yourself because you went over your calorie goal, didn’t quite hit your step count or if you didn’t drink enough water today. But something that a lot of our Amazing Losers have in common is that they were forgiving when they slipped up.

Vince lost 80lbs and says: “Don’t feel guilty if you have a bad day. Chalk it down to experience and start again the next day – as long as you’re not doing it every day you’ll still make progress”. 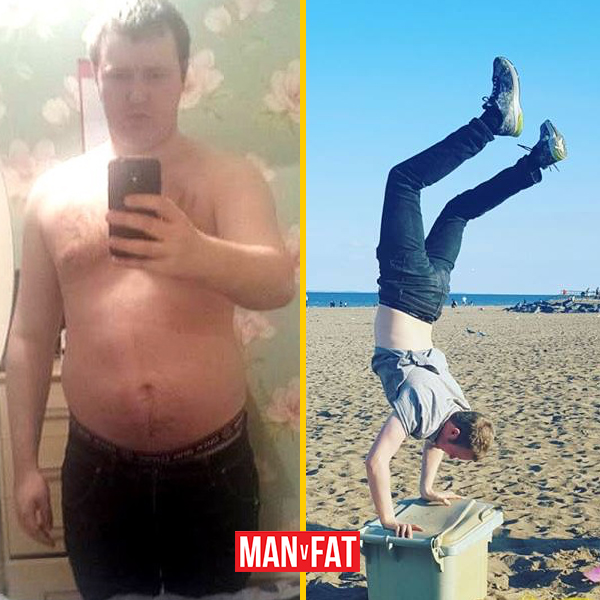 It’s important to stop wallowing and to pick yourself up because by allowing yourself to stay in that slump the only person it’s hurting is you. “The quicker you forgive yourself and get back on track, the faster you’ll see the weight go” says Daniel, who lost 62lbs.

Or to sum it up, listen to Kristian, who lost 122lbs and simply says: “Never give up. Never!”

Get into the right mindset

“The mindset of success is always the same” says Jon, who lost 188lbs. “I see a lot of people who put themselves down and I don’t think that’s a good thing to do – the moment that I decided the weight loss thing was going to happen it became an inevitability because of my mindset.” 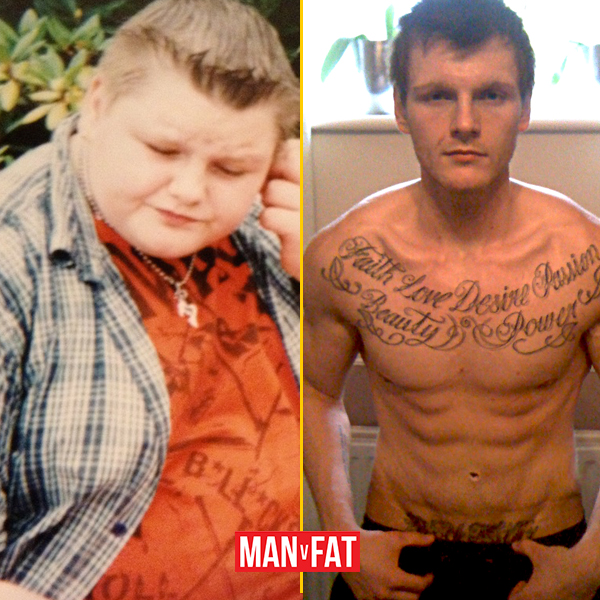 Nathan lost 133lbs and stresses that weight loss is doable. “Losing weight is absolutely possible for anyone. It’s a process the body can do and it’s all about applying the right things. It’s very easy to get emotionally overwhelmed thinking about the process but one thing I always make clear is that it’s absolutely possible. Losing weight isn’t a chore and exercise isn’t something you’re being punished with – find the positives in both and you’ll do brilliantly.” 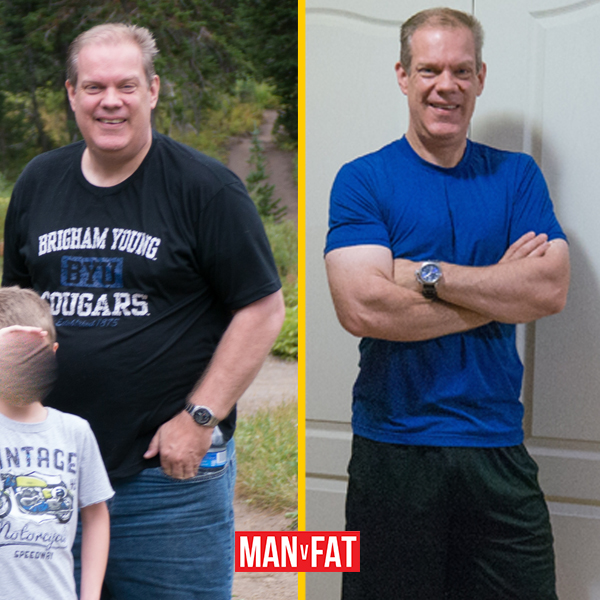 Why do you want to lose weight? Tim, who lost 86lbs, has a great suggestion of things you should ask yourself. He says: “Find your motivation. What drives you? Achieving better health? Being there for your children and family? Preparing for a wedding? Take some time to really understand the reasons why you want to get into better shape. These will help motivate you during your journey.” 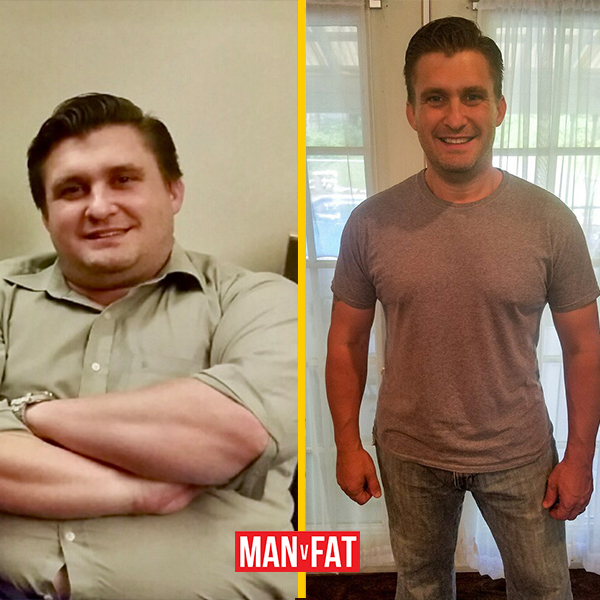 It can also be helpful to try and figure out why you’re overweight too. After losing 105lbs, Chris knows the power of a bit of introspection. “You need to take time to reflect on why you are overweight. Personally – by yourself, and not based on anyone else’s opinion. There’s a reason in there somewhere and it’s probably not something you are proud of. I was an overeater. I literally couldn’t stop myself. But once you shine the light on the real issue you can get down to the business of losing the weight. ”

Be honest with yourself about what you’re eating

By far the most popular tool used by our Amazing Losers is MyFitnessPal, a calorie tracking website and app that’s easy to use and will become your best friend if you’re counting calories. But you have to be honest with yourself. Daniel warns that you shouldn’t rely on your memory – “build up the habit of tracking food as soon as you’ve eaten it. Don’t overlook anything”.

If this sounds like a chore, that’s because it is. But as Andrew says, “Counting every calorie might seem like a pain at first but it soon becomes second nature, and it’s the only way you’ll know how much you’ve really eaten”. Doing so has helped him to shed 73lbs.

Find a type of exercise you enjoy 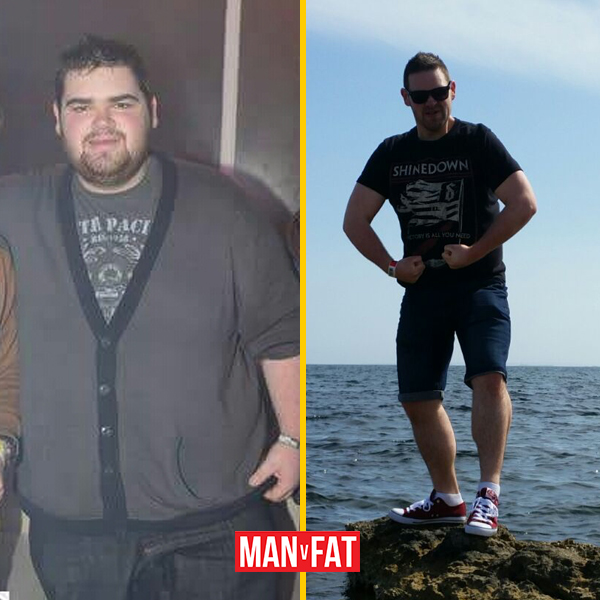 Will Newell, down 133lbs

Will lost 133lbs, but didn’t start exercising until he’d been trying to lose weight for a while. He wishes he had the courage to go to the gym sooner because he found exercise to be an essential component in his weight loss journey.

His advice? “Do something that you enjoy. If you don’t like the gym then start swimming, if you don’t like swimming then start going on long walks. You really need to enjoy what you’re doing because once you stop enjoying it then it’s no longer fun and you will start to slow down if your heart’s not in it.”

Remember too that it doesn’t have to be in the gym. Vince says: “It all helps as it burns calories. Find something you like doing. I’ve got a friend my age who has lost about three stone who got into Zumba in a big way. I’ve been doing Brazilian Jiu-jitsu for about five months. It’s different, but it works for me”. 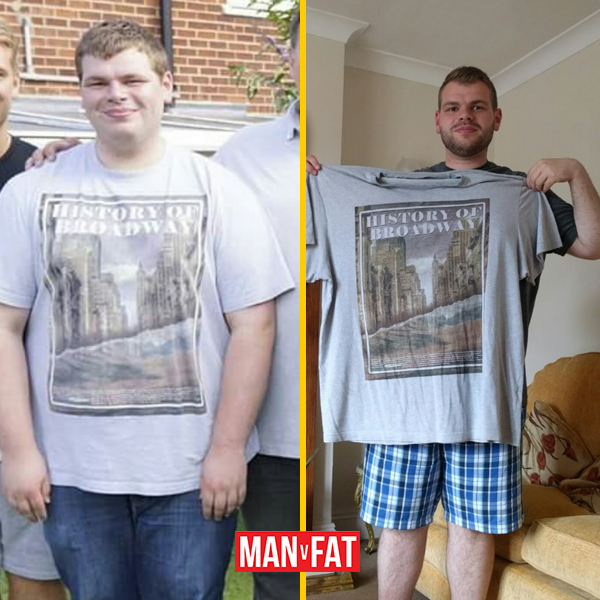 “The worst thing you can do is try and do it alone. Secret dieting is destined to fail, while you’re the only one who controls what goes into your body, the more people you have to support you, the easier it is” says Andy, who is 83lbs down.

It can be daunting to tell the world that you’re trying to lose weight, especially if you’re embarrassed about being overweight, but you might be pleasantly surprised by the support offered. Matt, who lost 103lbs certainly was, and he credits this support as one of the main factors of his successful weight loss: “There will be so many people around you who will want to help and encourage you. I couldn’t have done it without them”.

Stephen, who lost 114lbs, says you should go all out and declare on Facebook that you’re going to change. By making such a public announcement to the people closest to you, there’s really no going back. Unless you want to find yourself burning with shame in six months time while Auntie Carol asks why you didn’t lose weight like you said on Facebook.

But if that sounds a bit too much, just know that you’re not alone – as Russell (down 86lbs) puts it, “MAN v FAT is the proof”. We’re all in the same boat here, and if you’re lacking a support network come and talk to men going through the same thing over on the MAN v FAT forum.

Just get it done! 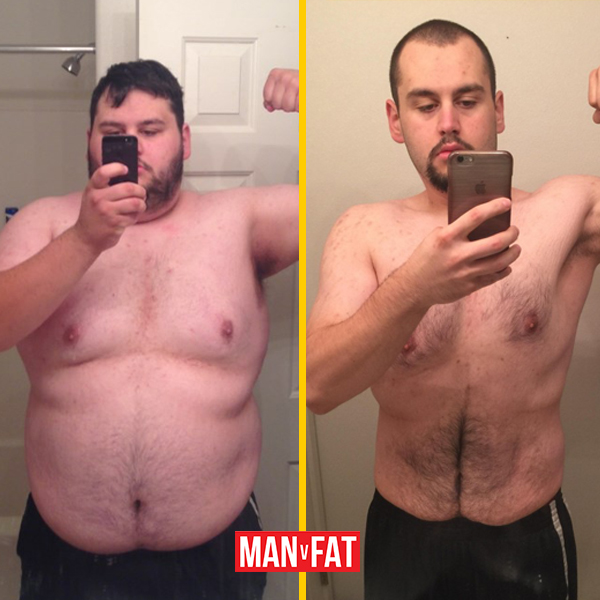 Sure, it’s easy for us to sit here and say c’mon, it’s time to lose weight! It’s definitely not as easy as just snapping your fingers. But as Tomas, who lost almost 60lbs, says, you have to keep the bigger picture in mind. “Who do you want to be in six months? If you think back six months and imagine that you started losing weight then, you could have lost almost 100lbs by now! Now imagine actually looking forward to going to the beach next summer. It’s totally within your reach if you get off your ass right now, not tomorrow or next week”. It’s cheesy, but he has a good point.

Kyle, who lost 184lbs, echoes Tomas’ advice, saying “you’ll thank yourself later”. And Conrad takes a very straightforward approach, having lost 164lbs, saying quite simply that you just need to get it done. “The sooner you start, the sooner you’ll become the person you want to be”.

It won’t be easy… 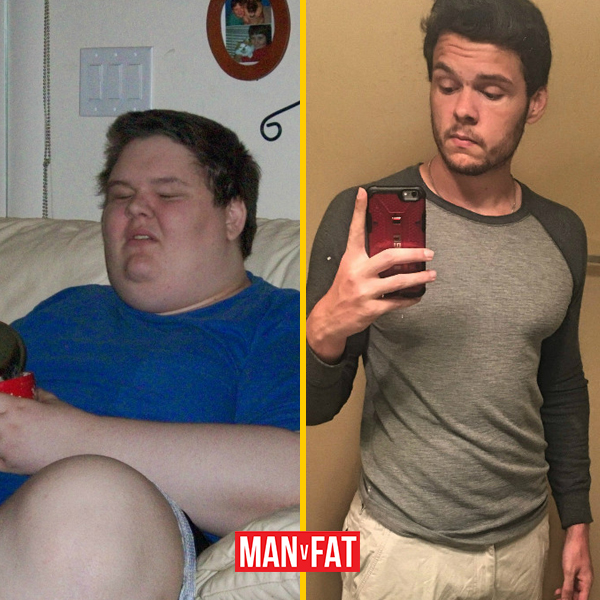 Jeffery lost a whopping 355lbs and says in no uncertain terms that losing weight is “unbelievably hard” and you’ll want to quit.

Having said that, some of our Amazing Losers have found that weight loss isn’t quite as daunting as it may seem. Ben (who lost 98lbs) says “It’s as easy as you make it, but you have to commit”, and Dan (who lost 79lbs) says the key is staying positive. If you can manage that it won’t be as hard as you think it’ll be.

…but it is totally worth it 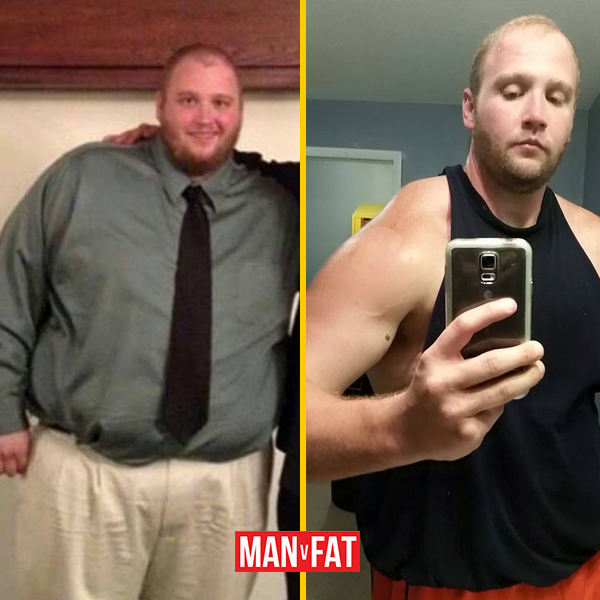 Kyle, who lost 184lbs, says that getting healthy will without a doubt make you a happier person when it’s all said and done: “I spent so much of my life being unhappy with who I was. After losing weight and seeing how much happier I was, I could not imagine going back to that point ever again.”

Have you lost weight? We want to hear your thoughts on what worked for you – head over to the forum and let us know – you might find yourself becoming someone’s inspiration.

How To Create An Irresistible Body Care Ritual, With One Surprising Ingredient

This Routine Will Target Your Biceps and Triceps With Only Your...

Out-Grow Releases a Guide on the Sustainability of Mushrooms: Healthy…