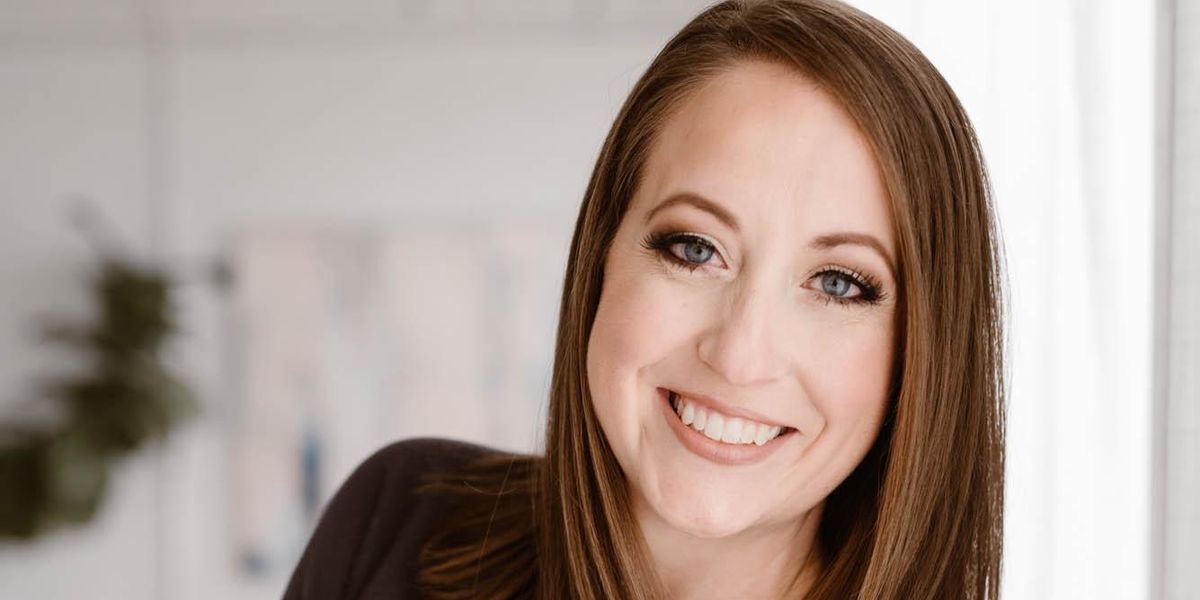 As told to Fortesa Latifi

I was hiking on a mild winter day in East Tennessee. It was a Saturday, and I was wearing my favorite hoodie — you know, the one that fits so well you keep it for a decade. But that day, something felt weird. It felt like an object was in the hood of my sweatshirt, rubbing the right side of my neck. I kept pulling at the sweatshirt and scratching at the uncomfortable skin through the entire hike. When I got home and there was nothing visible in the hoodie, I tossed it in the wash because I was sure I’d gotten something like poison ivy on it during the hike. When I took off the hoodie, my skin felt less irritated, which made me even more sure.

The next morning, I had a weird breakout on my neck. The morning after that, I pulled my hair into a ponytail and my husband noticed a pencil eraser-sized bump behind my right ear. Between the scratching, the breakout, the bump and the weird fatigue I’d been feeling, I knew it was time to see a doctor. I made an appointment for that afternoon, and when the doctor examined me, she knew immediately what was wrong. I had shingles.

I was shocked. Didn’t shingles only happen to older people? Like much older? I was just 29 years old. But as the doctor kept talking, other pieces started falling into place. How tired I’d been, the rash on my face, the bump behind my ear: They were all related to the shingles, which is a condition anyone can get if they’ve ever had chickenpox. I hadn’t even thought for a second that I could be experiencing fatigue because of whatever was happening on my face. But now I knew — it was shingles — and it was more than a rash.

Some people with severe cases of shingles have entire sides of their body covered in the rash. My case was milder than that, but it was still incredibly painful. My shingles were focused on the right side of my neck, which was covered with sensitive, painful bumps. I remember feeling like my skin would literally rip apart if I moved my head or neck. It felt like I would find tears in my skin from the pain if I looked in the mirror. I was incredibly sore, like I’d been clenching my jaw tightly. It was painful to stretch or move in any way. The pain lasted about four days. I did my best to keep myself comfortable with cold sore cream and antibiotics. I didn’t wear clothing that touched my neck, and I kept my hair up and away from the rash.

Those first few days were so overwhelming. I never expected to get shingles at all — let alone before my 30th birthday. To add to the stress, I found out I was pregnant a few days after my shingles diagnosis. Although my husband and I had been trying for a baby, we’d only been trying for a month. I was shocked to get pregnant so quickly and to have to contend with pregnancy on top of a shingles diagnosis. Then, a few weeks later, at eight weeks pregnant, I had a miscarriage. It was such an emotional whirlwind: the pain, the shingles, the idea of being pregnant, then just as suddenly, not being pregnant. (Luckily, I got pregnant again a few months later and it all worked out for the best. Our daughter is now 7 years old.)

Now, my shingles symptoms are mostly gone but when I’m really overwhelmed or tired or stressed, I can feel the pain again. When I’ve overextended myself in some way, I have recurrent pain in the places where I had shingles. But I’m lucky to have mostly recovered.

After I had shingles, I called my mom and told her how much pain I’d been in and how I didn’t want her to experience that. She was in her 50s then, which is when it’s advised that you get the shingles vaccine, and she went straight to her doctor and got it. That was a relief for me. I want everyone to get the shingles vaccine when they’re eligible. It’s just an easy way to prevent needless suffering.

I wish more people were aware of shingles — and that it can happen to people who are young. It’s so strange, just last month, my husband and I were on vacation with a group and one of my friends said she had poison ivy. We all thought she had picked up some sort of infection or rash from the beach, but it kept bothering her so she went to a clinic and lo and behold, she had shingles. I felt so stupid, like I should’ve known to tell her to get checked for it. But even when it’s happened to you when you’re young, it’s hard to remember it doesn’t just happen to older people.

The earlier you’re seen by a healthcare provider, the less likely you are to have worsening and long-lasting symptoms so if you feel weird or have a rash, you want to get it checked out right away. Better safe than sorry!

Group Ride To The East Foothills

Curry Soup with Chickpeas and Potatoes

The 10 Best Workout Tank Tops, T-Shirts, and Long-Sleeve Shirts in...

As much as you may love the free cotton tee you got from that work retreat six years ago, you probably know it isn’t...

The 22 Best Exercise Dresses to Wear to Workouts or Brunch

7 Questions to Ask Your Doctor After an M.S. Diagnosis, From...