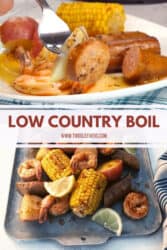 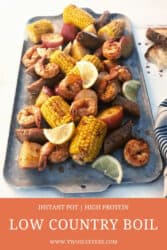 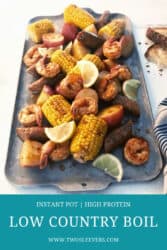 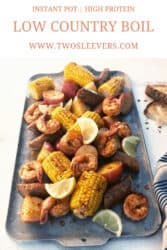 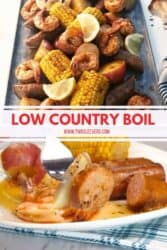 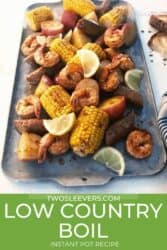 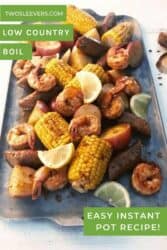 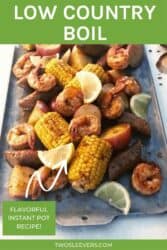 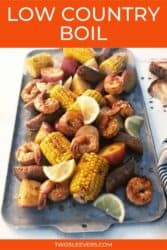 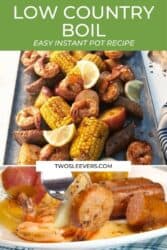 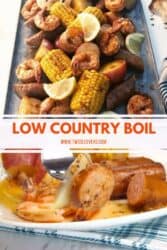 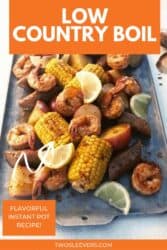 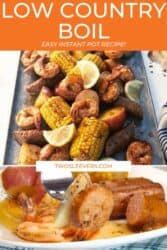 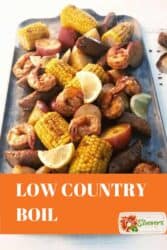 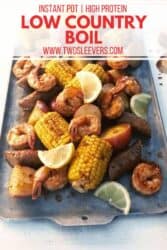 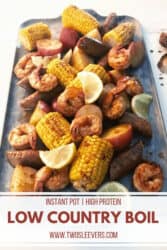 This Instant Pot Low Country Boil is the best and easiest recipe to make an Instant Pot Shrimp Boil. It’s delicious, gluten-free, and done in under 30 minutes!

What Makes This Instant Pot Low Country Boil The Best?

Why Is It Called Low Country Boil?

If you’re like me, you’re not here for a history lesson, you’re here for a delicious sausage and shrimp boil recipe. And I promise I have exactly that for you.

But, some people may be curious as to why it’s called Low Country Boil. Without being terribly long-winded, here’s why:

It was originally named Frogmore Stew after an area in South Carolina named Frogmore where it was created. However, the postal service decided that it no longer recognized Frogmore as a town because of the small size and lack of population.

Once Frogmore was no longer around, the name slowly changed to become what many of us know as Low Country Boil.

What Is Another Name For Low Country Boil?

I’ll admit I rarely call this dish the same thing twice in a row. It has so many different names to describe the same dish and they all live side by side inside my head. Here are a few other names you may hear this Low Country Boil referred to as:

There’s no reason why you couldn’t do both in the Instant Pot, but I needed dinner on the table fast, so I made the sauce in the pan while the Instant Pot came to pressure.

What Do You Serve With Low Country Boil?

If you’re not trying to keep things low carb, definitely serve some light, crusty bread with it to soak up all the sauce. I licked it off a spoon, as I tend to do, but it was calling out loudly for a little piece of bread.

Here are some other great southern-style recipes that would pair nicely with Shrimp Boil:

If you are trying to keep things low carb, you could use my Keto Bread recipe and serve it along with the shrimp boil recipe.

Can you Freeze This Instant Pot Shrimp Boil Recipe?

With this Instant Pot Low Country Boil recipe, along with some delicious Cajun side dishes, you’ve got yourself an irresistible Cajun feast! Make sure to share this recipe with your friends on Pinterest and Facebook so they can enjoy it as well! 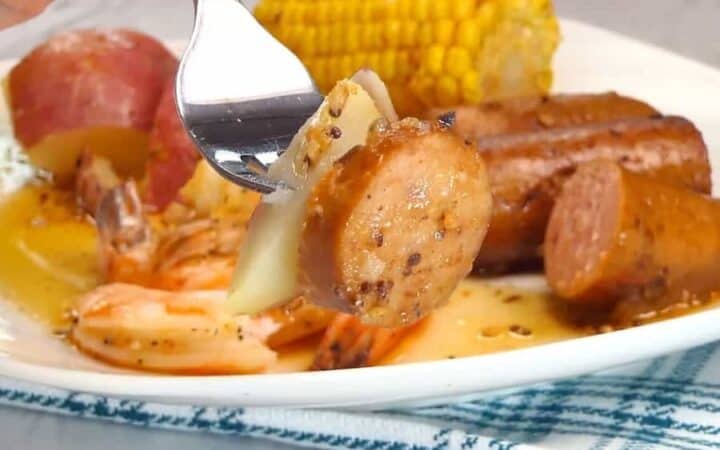 This Instant Pot Low Country Boil is the best and easiest recipe to make an Instant Pot Shrimp Boil. It’s delicious, gluten-free, and done in under 30 minutes!

Author: Urvashi Pitre
Click on highlighted ingredients or Equipment to see exactly what I use to make this recipe

To add to pot later

Air Fryer Biscuits | Cheese Biscuits Made In Your Air Fryer

Denise Austin and Katie Austin launch their EVER BETTER™ Protein Bites! Each bite is keto friendly, gluten free, and low in sugar....

A Promise Is More Than a Name Introducing Crossroads4Hope