PUBLISHED October 14, 2020· MODIFIED October 14, 2020 · BY [Urvashi Pitre] · 751 words. · About 4 minutes to read this article.· This post may contain affiliate links · As an Amazon Associate, I earn from qualifying purchases· 7 Comments 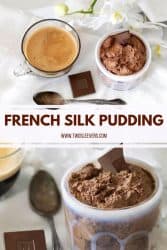 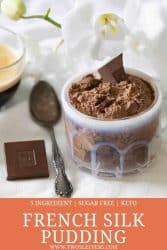 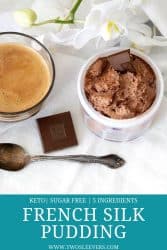 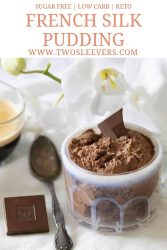 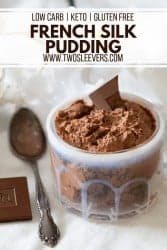 It sounds, looks, and tastes fancy but, this Keto French Silk Pudding takes about ten minutes to prep and only ten minutes to cook. Did I mention it’s healthy and allergy-friendly as well? You can’t beat a dessert like this one.

Sometimes, you just want a dessert with a fancy name that’s actually pretty easy to make. I love making myself sweet treats but, rarely do I like to go over the top in the effort department. This Keto French Silk Pudding is a perfect sweet treat that takes little effort to make.

What is Keto French Silk Pudding?

Have you ever had a French Silk Pie? That chocolate pie of goodness? I wanted to replicate that without all the carbs. Really, all of the flavor of the pie is in the chocolate filling anyway, so I figured it would be easy enough to make.

There’s nothing like a decadent dessert that’s actually considered a healthy option. Keto French Silk Pudding is low carb, if you can believe it. No worries, you’re not sacrificing one ounce of flavor for this treat to be healthy.

Now this is a VERY RICH pudding. Don’t sit down with a huge big bowl otherwise you will be out of calories for the day in a jiffy. I would treat this more as a fat bomb.

It does have such a rich flavor, that you’re not going to be able to eat that much of this Keto French Silk Pudding anyway. If you like chocolate then, then you’re going to love this pudding. It’s rich, and smooth, and will hit any chocolate craving you might be having.

Can I make this into a Keto French Silk Pie?

How do you make Keto French Silk Pudding?

Don’t forget to check out my Keto Desserts Cookbook!

Featuring recipes for many classic, high-carb favorites that have been reworked to be “fat bombs,” which help keep your macros in balance, as well as prevent you from craving all the things you usually can’t eat when you’re trying to lose weight.

Many of the more than 100 recipes require no more than 10 to 15 minutes of prep time, and they taste as delicious and indulgent as they sound–how about Chocolate Peanut Butter Pops, Mocha Cheesecake, or Almond Butter Bombs?

If you’re attempting to eat healthy right now, don’t deprive yourself. Whip up this Keto French Silk Pudding and curb that crazy sweet tooth craving. I assure you, you’ll love it just as much as I did. 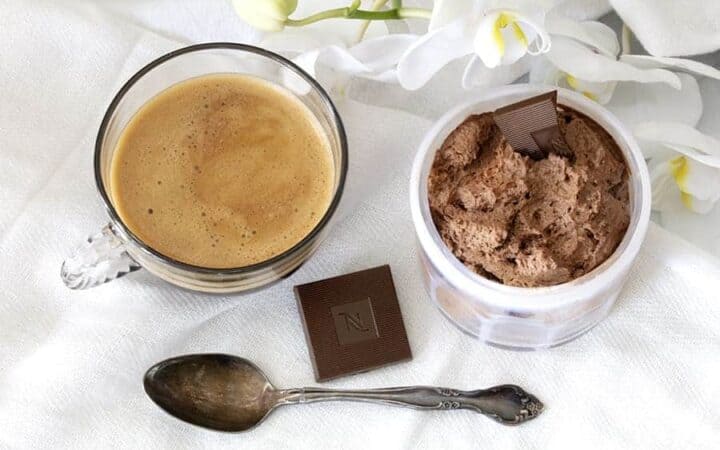 This Keto French Silk Pudding is decadent, delicious and surprisingly low carb. With only 5 ingredients, this simply delicious dessert is simple to make!