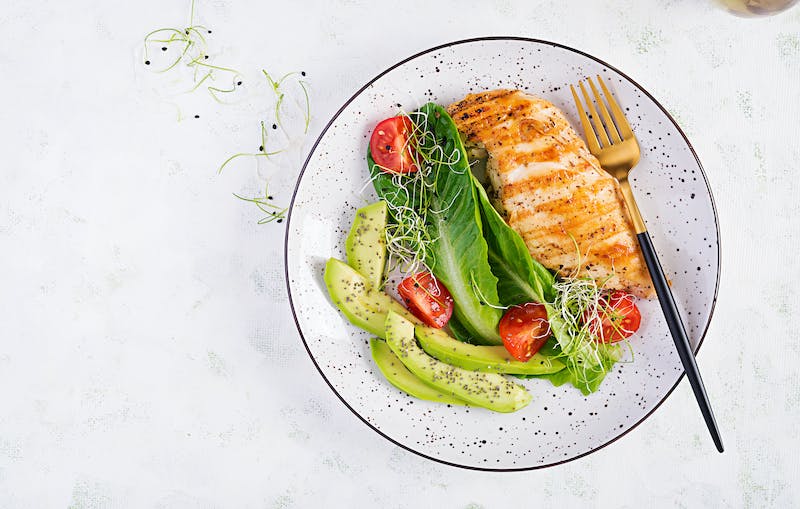 A new look at data from the DIRECT study shows low-carb diets reduce serum urate levels as effectively as low-fat and Mediterranean diets. The authors propose that improvements in this blood marker may have beneficial effects on both gout and cardiovascular disease.

To investigate this further, the authors performed a secondary analysis of the DIRECT trial to compare the effects of three diets on uric acid levels and other cardiometabolic risk factors. The DIRECT trial randomized 235 participants with obesity to eat either a calorie-restricted low-fat diet, a calorie-restricted Mediterranean diet, or a low-carbohydrate diet without caloric restriction.

Of note, the low-carb diet started at 20 grams of carbs per day for the first two months and then gradually increased to 120 grams per day. Even though the low-carb diet was the only diet without purposeful calorie restriction, participants in all three diets averaged similar daily calories.

At 24 months, all three diets resulted in a significant decrease in blood levels of uric acid, with no statistical difference between the diets. The magnitude of reduction was especially prominent for those with preexisting elevated uric acid levels.

All three dietary groups also saw improvements in weight loss (around 11 pounds or 5 kilos), total cholesterol to HDL ratio, triglycerides, and fasting insulin levels. However, the low-carb group had a trend toward greater improvement in all of these measures.

While this study didn’t evaluate the incidence of gout attacks, previous research in a diet with 30% of calories from protein and 40% from carbs found a decrease in both serum uric acid and frequency of gout attacks.

It may now be time for the medical community to focus on obesity and insulin resistance as the cause of elevated uric acid. We should welcome higher protein, lower-carb diets as part of the solution, not part of the problem.

New study shows fasting may be as effective as cutting calories

31 Seasonal Recipes to Cook in December

For us, there’s nothing better than a bowl of chilled gazpacho on a hot summer day. Gazpacho is a cold raw vegetable soup, that originated...

Looking for Answers and Treatment for Her Autistic Son Best Selling…