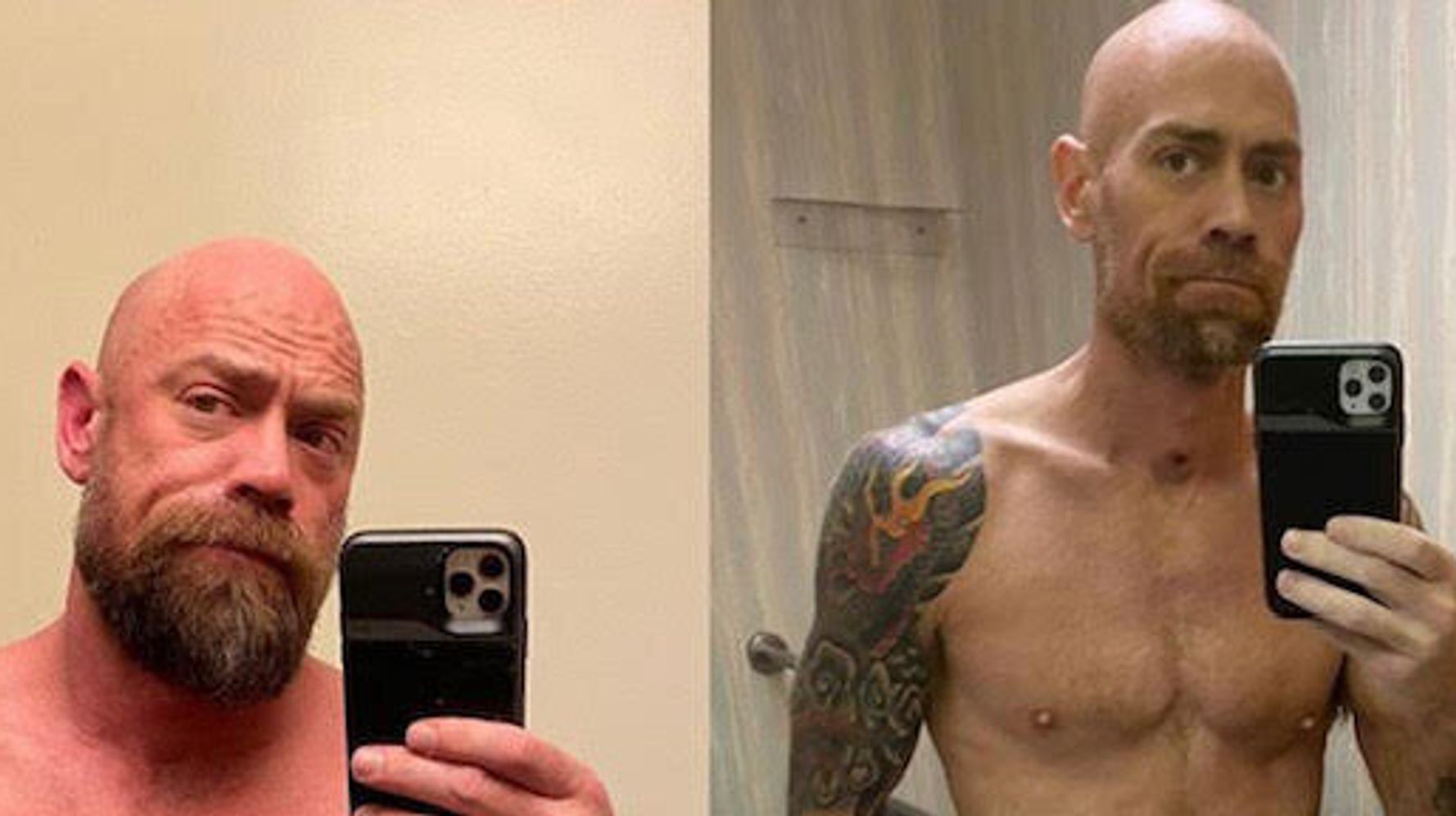 A nurse from San Francisco is shining a light on the severity of COVID-19 with a shocking photo of the effects it had on his body.

Last week, Mike Schultz shared side-by-side images of himself with his over 40,000 Instagram followers of the dramatic 50-pound weight loss he experienced during an eight-week hospital stay as he was treated for the disease caused by the new coronavirus.

The 43-year-old told Health that in the photo on the left, he’s about 190 pounds. He added that he exercised every day and had no underlying health conditions.

“I weighed myself the other day and I’m down to 140 pounds, and I probably weighed less than that when I first got into rehabilitation,” he told the magazine. “I’ve never been this skinny before in my life.”

Schultz explained to Buzzfeed News the reason he decided to post his now-viral photos. “I wanted to show it can happen to anyone. It doesn’t matter if you’re young or old, have pre-existing conditions or not. It can affect you,” he said.

Schultz told CNN that he contracted the coronavirus in early March, “before any of the restrictions were out” and likely got it while attending Miami’s Winter Music Festival. His DJ boyfriend, Josh Hebblethwaite,was working at the event.

“We knew it was out there,” Schultz told Buzzfeed, noting that no “lockdowns” had been ordered at this point. “We just thought, ‘Well, we gotta wash our hands more and be wary of touching our face.’”

The Miami Herald reported that 38 people who attended the LGBTQ-friendly music festival later got sick, and three men died,

On March 14, about a week after the festival, Schultz flew to Boston, where Hebblethwaite lives.

He told CNN that when he first arrived in Boston, he had a cough but “it wasn’t really a big deal.” But on March 17, he found himself with a fever of 103 degrees and was having difficulty breathing.

When Schultz arrived at the hospital, he was given a swab test and chest X-rays. He tested positive for the coronavirus and was also diagnosed with pneumonia and severe repertory distress syndrome, per CNN.

Soon after, he was intubated and placed on a ventilator to aid his breathing.

“That was the last time I saw my boyfriend,” Schultz told Health. “I texted him, ‘I’m scared.’ Soon after, I was sedated, and I don’t remember much after that.”

He was on the ventilator for four-and-a-half weeks, according to CNN. He told Buzzfeed that during this time it was like he was “in a coma.”

Schultz said that when he woke up from his ordeal, he believed only a week had passed. “I still had a tracheostomy [tube], I couldn’t talk, and my hands were so weak that my phone felt like it was 100 pounds,” he told Health.

He also noticed he had lost weight, but nothing could prepare him for what happened when he finally saw himself in the mirror. “I didn’t even recognize myself,” he told CNN. “I pretty much cried when I looked in the mirror, I was like ‘Oh my God.’”

“I’m doing breathing exercises to get my lung capacity up, and plenty of exercises to stabilize my legs so I can finally walk without doing a penguin shuffle,” he joked to Health.

A HuffPost Guide To Coronavirus

Paralympian Rudy Garcia-Tolson demonstrates the "Superman" for virtual fall series from Ready, Set, Gold! "The guidance and encouragement offered by the...

VitaNav Introduces Kenetik, a Healthy Energy Drink with a Powerful…

The Naked Collective Partners with Acosta to Launch ‘Mude’…

Bringing Older Adults Back to the Dinner Table