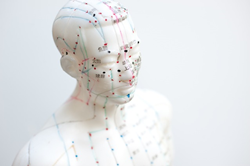 The effectiveness of acupuncture has been shown to be the result of allowing the body to release naturally produced opioid and non-opiod neuropeptides that play a role in cellular function in the limbic and central nervous systems.

Acupuncture is an ancient healing practice that was first documented in China during the Ming Dynasty. Some anthropologists believe there is evidence that a form of primitive acupuncture was used during Neolithic times. Despite, or maybe because of, its ancient roots, the effectiveness of modern-day acupuncture is being supported by scientific research. Intuitive Acupuncture in San Luis Obispo has summarized some of the most recent studies that help explain why acupuncture is effective for helping with so many conditions.

Although acupuncture has been around for a very long time, it only started gaining popularity in the United States following former president, Richard Nixon’s, visit to China in the 1970s. Since then, the practice has become so accepted in the United States to the point it is now covered by many medical insurance plans and by Medicare since January 2020.

Stringent training is required to become a licensed acupuncturist and many licensed acupuncturists are also educated with degrees in Traditional Chinese Medicine (TCM). Today, acupuncture is practiced in pain management, dentistry, veterinary medicine, as well as for a wide range of human medical and emotional circumstances.

Two thorough summaries of the science that makes acupuncture a highly-effective science-based treatment for a variety of conditions that are recommended by the San Luis Obispo acupuncture clinic are:

The effectiveness of acupuncture has been shown to be the result of allowing the body to release naturally produced opioid neuropeptides along with non-opioid neuropeptides that play a role in cellular function in the limbic and central nervous systems. Research demonstrates that acupuncture can directly initiate a process called purinergic signaling, a primitive signaling system in the body that communicates with and regulates all the tissues and organs in the body. Purinergic signaling plays a central role in headaches, including migraines, inflammation, most diseases including cancer, autism, Alzheimer’s and even the development of the embryo. When the release and distribution of neuropeptides and other neurotransmitters become balanced, the limbic and nervous systems as well as the brain, become able to function at a healthier level.

The licensed acupuncturists at San Luis Obispo’s Intuitive Acupuncture have 19 years of combined experience to help their patients recover from illness and injury and improve health and well-being. The combination of Kristo Kucaric and Johathan Olcott’s life experiences, training and education is the foundation for their integrated, patient-centered care.

Serving the Central Coast since 2013, their goal is to help their patients recover from chronic pain and health issues that include:

Why You Should Make an Emergency Abortion Plan Right Now, Before...

Downloading new browsers and paying for a VPN may not be accessible to everyone though, and in those cases, it’s still a good idea...

Get the “Love Bug” – Ladybug Potions® Launches I Love My...

The 25 Best Foundations for Every Budget, Skin Type, and Complexion

Keto Krisp® by CanDo Charges into 2022 with Launch of New...